Tag Archives: I am so good at decorating

Failing by way of setting yourself up to succeed

So hey! I had a baby! He’s really cute and doesn’t let me eat anything but rice and beans, but I guess I’ll keep him anyway. But let’s not talk about that.

See, okay. We moved into our house over five years ago. We moved in here with one not-yet-fully-cooked baby in the ol’ uterus, and now we’ve got three actual children. A lot can go down in five years, apparently.

Now, I’ve talked before about how bad I am about decorating the house. I even wrote a post like a year or two ago (I’d go looking for it, but then I’d read it and realize it says all the stuff I’m about to say and that would ruin EVERYTHING) about how I hate stuff but I was going to make an effort and maybe paint some walls or get throw pillows or whatever it is you people who are good at this just do ON A WHIM.

I haven’t done any of those things. What I HAVE done is have more children so I have the I’m Too Busy to Decorate excuse. Okay, I didn’t have them JUST for that, but the early baby days suck and I need some benefit.

I did try to do some things! I swear! And what I did was hang this picture frame I got from an end cap at Target for CHEAP (orange stickers, my precious). See, it’s one of those MONTAGE frames or whatever they are supposed to be called. You can put lots of pictures in it. A multi-picture picture frame. But I asked Matt to hang it before I actually had photos printed to put in it, at which point it had ALREADY been sitting in a closet collecting dust for at least six months.

“If we wait around for me to pick out pictures and order prints, we’ll be waiting forever. If you hang it now, the stock photos will annoy me and I’ll be more apt to order prints.”

You guys. YOU GUYS.

HE HUNG THAT THING OVER A YEAR AGO AND IT STILL HAS NO PICTURES IN IT. My family teases me every time they are here. But do you know how many photos we have? DO YOU EVEN KNOW? And if I HAD put photos in it over a year ago, do you think they’d still be CURRENT? I had a four-year-old and a one-year-old back then! Did you read the part above about a whole extra child? I WOULD BE BEHIND ANYWAY.

And please. Don’t think I’m writing this to be all ISN’T IT ADORABLE HOW MUCH OF A SLACKER I AM? Be amazed by my precious personality quirks! No. Not that. Because I hate that. I hate when ANY OF YOU do that. Really. It makes me crazy. That’s why I’m disclaiming all up in here. Because this? This is a PROBLEM. It’s a problem I have JUST figured out I even have. Because.

That’s not the only thing like that I’ve done. This morning my brother (I love you, Scotty! I’m not mad about this! We ALL do it!) came by to hang out with the kids (and me, sort of, I guess, possibly, I mean we are RELATED and all) and tracked in a little bit of dirt. NOT a big deal. But it would be even LESS of a big deal if there were a mat inside the front door on which to wipe one’s feet. (We have one OUTSIDE the door, but it’s a piece of crap from IKEA, and I swear it just makes our shoes DIRTIER.) We used to have a mat there! We really did. For like the first year we lived here. Then it got ratty. So you know what I said?

“Let’s just throw it out. If we leave it there, I’ll never bother replacing it, because every time I see one in the store I’ll think, ‘We already have one. It’s dirty, but it’s good enough.'” So we threw it out.

YUP. STILL HAVEN’T REPLACED IT. In fact, it has been so many years since we even had a mat there, I’d forgotten it was an OPTION. I haven’t even been looking! Just sweeping up little piles of dirt by the front door on a near daily (FINE, weekly, if we’re lucky) basis.

Do you do this? Try to trick Future You by setting up a situation in which she is GUARANTEED SUCCESS only to have her laugh in your face? I AM MAKING IT SO EASY FOR YOU, FUTURE ME. Man. It’s almost like she’s exactly as smart as I am. 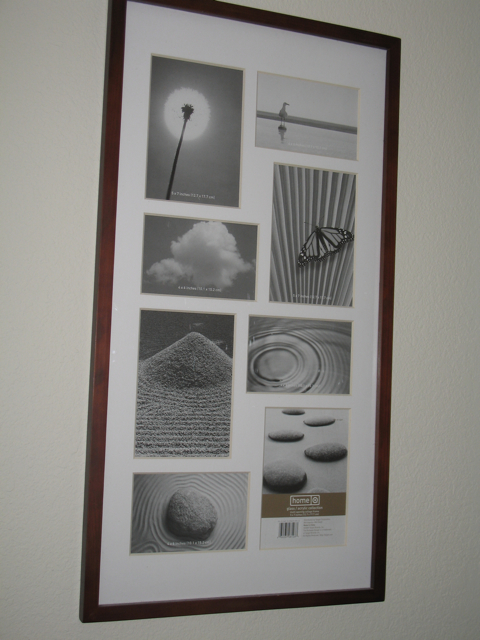 Whatever. It’s not like my photographs could possibly be more awesome than these.

Filed under Home Improvement, Not even kidding

Tagged as Future Me, I am so good at decorating